Between The Code – Episode 1. Is accepting a Counter Offer really that bad?

What was the situation before you were looking to leave Ewe Move?

It’s been stuck in specification head on a bunch of projects that we’ve had.

You know, long story short, we had a previous CEO, and he was largely focused on his exit strategy. It was all about kind of keeping the books balanced and keeping it nice and safe. And then we got a new CEO, and he came in and he’s more open to investment and growth and that kind of stuff.

We did see that transition. But because of COVID we had a year where nothing really moved. We have the right kind of attitude, but nothing was really pushing on. We’re not stuck in a bit of rut not really making decisions.

And it kind of felt like my hand was getting a bit forced on that. You know, there was a lot of people leave their companies because they’re angry or whatever, but that kind of wasn’t the case.

I was just a bit bored. I’m quite good at what I do and to be sat there just talking about doing stuff and not actually doing stuff is, I guess, frustrating.

It was interesting that when I had to hand my notice in, before I received the counter offer, everybody was quite surprised because they didn’t really get the usual signs you’d expect from a disgruntled employee where they might be complaining a lot for months before finally quitting.

It got to a point where I was feeling a bit stuck, I had a look around some agents and reaching out, I got a new job and then just handed my notice in. But then from that, things started to change. And I think this is what contributed to taking a counter offer because my M.D. came in, the CEO came up to visit, and we had a really good set of chats.

It wasn’t just one call; it was it was several just kind of nurturing calls to really go through what the issues were and then also the way forward. And that to me was really important because it really felt like I was being listened to.

Companies regularly make counter offers but the promises that are made aren’t always kept. Do you think the regular touch points with your M.D and CEO made you feel they would follow through with things?

Yeah, 100% and it wasn’t just from those guys as well. The wider team here really surprised me. here were people who reached out who I didn’t think really cared whether I was here or not because when you work in IT you’re quite siloed, as much as I try not to be, it’s still the case.

But people did reach out and say how sad they were that I was going to leave and how pivotal I am here, not to blow my own trumpet or anything. When you’re only IT guy in an organisation, you just end up doing everything. You do get in touch with a lot of people.

That’s just the wider community of work. I think we have a culture here and that definitely helped. I know from my own experience as a consultant and working in user culture is sorely missing in a lot of a lot of a lot of businesses.

Being the only IT person at the company must have been a driving factor for your reason for leaving?

That was one of the frustrations.

We did have some people around but they left just before I left. Because again, they got frustrated with not being able to progress and they were kind of not really the right resources. One was a project manager. One was support, which was something we didn’t need then.

And I know I needed someone really techie. Part of a negotiation and the commitment wasn’t just that financial counter offer. It was – let’s build a team. Let’s really make IT a proper department here in this business, we’re a PLC, we’ve got nine brands now we really need to have an IT function that can handle that.

So yeah, that was a big part of it. And like I said in my post yesterday, they’ve lived up to that commitment. I’ve been able to recruit, reach out, use agents, that kind of stuff. And so far, it’s working.

It’s hard because recruitment hard right now, so it’s taking a bit longer to bring resources. And I’ve had that commitment to actually prove it wasn’t just, oh, yes, you will get a team eventually. It was no, get on it right now and get your team in.

Where do you stand on with the pre conversation before you got on the job market?

It’s difficult, but it really does depend on the culture. We’ve always had an open culture here, specifically Ewe Move rather than the wider PLC.

I actually have a weekly one to one with my M.D. I get to vent a lot of my frustrations pretty regularly. But because we are part of the PLC, it’s difficult for my M.D. to then escalate that further.

Without that direct contact and having that seat at the table, it’s quite difficult. Now, I am in a fortunate position that I do actually have that now.

I know a lot of people don’t have that immediate direct connection with the C-level. But certainly, at this level I’m working, it’s necessary to have that.

I know I’m quite lucky that I get that now. But you know, it’s very easy to just spend a lot of time talking about this stuff. It’s very difficult to actually make change.

You’ve got to have every everybody on board and a lot of the time it can come down to perspective. I was quite surprised that everybody was surprised. So in a way I am glad I accepted the counter offer.

And because I felt like I’ve been complaining an awful lot and asking for this change and then nothing happening. You know, for me to take that on board, that’s for me to learn better communication skills, perhaps for making my point a little bit more effectively than perhaps I had done previously.

But certainly in terms of that journey, if a culture is there, if a culture is open and you can have those discussions, I definitely recommend having those discussions as early as possible and being constructive not just complaining, but being constructive and really pushing forward the ways that you think it can change and how you think that’s going to work across the organisation as a whole.

Not just for you in your role that’s obviously going to be a lot more difficult if you don’t have that on culture, if you don’t feel you can talk to your manager if there’s already a bad relationship again, you know, I’d say if you’re in that situation, get out anyways. Because I’ve worked in really horrible toxic cultures and working in a nice culture is a massive change and you may feel a lot more productive. 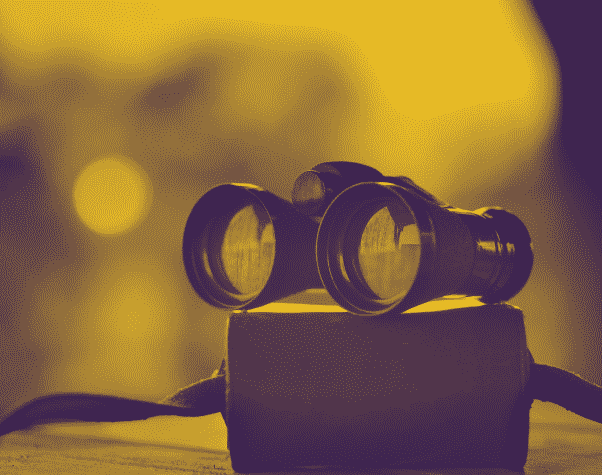